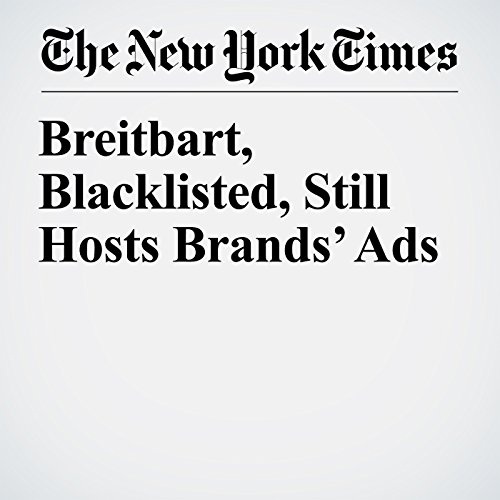 Since the presidential election, hundreds of companies have decided to block their advertisements from running on Breitbart News, the alt-right website closely tied to President Donald Trump’s administration. But several of those brands, from the Nordstrom department store chain to small startups, have appeared on the site anyway, another example of how little control companies often have over where their ads are seen online.

"Breitbart, Blacklisted, Still Hosts Brands’ Ads" is from the March 26, 2017 Business section of The New York Times. It was written by Sapna Maheshwari and narrated by Caroline Miller.