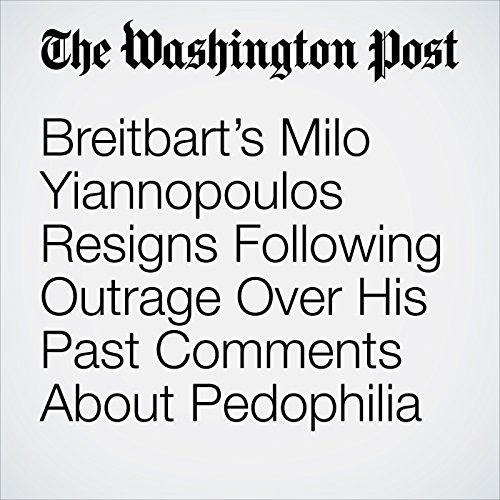 Milo Yiannopoulos, the incendiary writer and commentator who helped make Breitbart News a leading organ of the “alt-right,” resigned from the news organization Tuesday after a video of him endorsing pedophilia resurfaced online over the weekend.

"Breitbart’s Milo Yiannopoulos Resigns Following Outrage Over His Past Comments About Pedophilia" is from the February 21, 2017 Style section of The Washington Post. It was written by Paul Farhi and narrated by Sam Scholl.