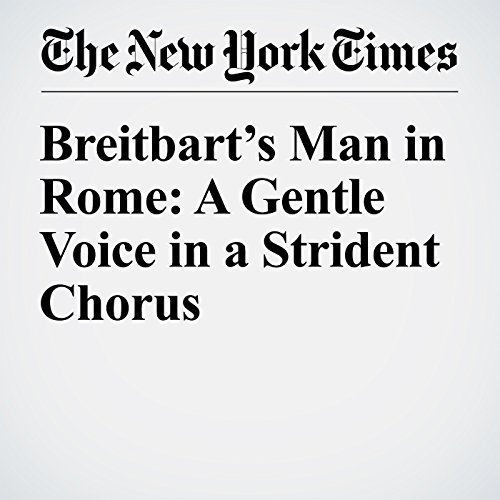 The website is now hoping to buoy Europe’s surging anti-immigrant parties by spreading into Germany and France. But for years, Breitbart has had a presence in London, Jerusalem and Rome, which is perhaps most important for its imagining of itself as an expanding empire with a foothold in the ancestral home of the Crusades.

"Breitbart’s Man in Rome: A Gentle Voice in a Strident Chorus" is from the January 10, 2017 World section of The New York Times. It was written by Jason Horowitz and narrated by Caroline Miller.