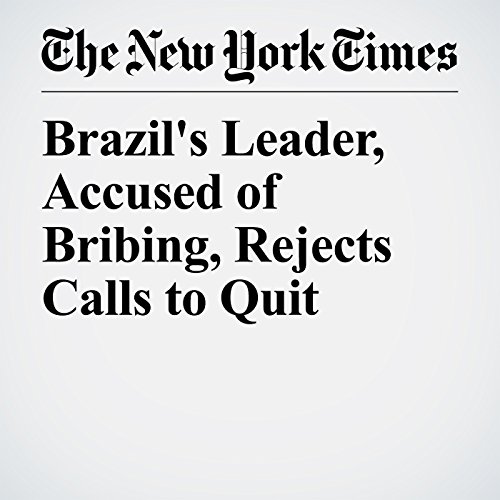 President Michel Temer of Brazil defied calls to resign Thursday as an exploding scandal over claims that he authorized the payment of hush money to a jailed ally engulfed Latin America’s largest country.

"Brazil's Leader, Accused of Bribing, Rejects Calls to Quit" is from the May 18, 2017 World section of The New York Times. It was written by Simon Romero and narrated by Jef Holbrook.