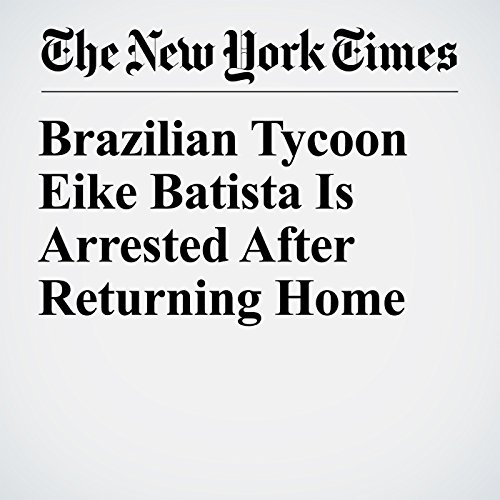 Eike Batista, the fugitive oil-and-mining tycoon wanted in connection with Brazil’s far-reaching corruption investigation, flew home from New York on Monday and surrendered to the police, who took him to a notorious prison.

"Brazilian Tycoon Eike Batista Is Arrested After Returning Home" is from the January 30, 2017 World section of The New York Times. It was written by Dom Phillips and narrated by Keith Sellon-Wright.