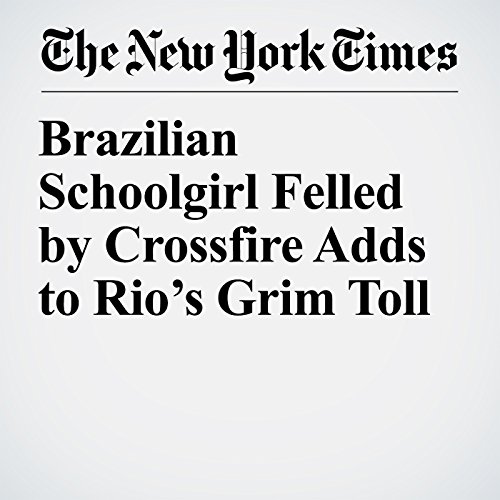 In cellphone pictures and selfies with friends, Maria Eduarda da Conceição was a joker, a happy teenager, making faces in the schoolyard and throwing poses in her school uniform of white T-shirt and blue shorts.

"Brazilian Schoolgirl Felled by Crossfire Adds to Rio’s Grim Toll" is from the April 03, 2017 World section of The New York Times. It was written by Dom Phillips and narrated by Keith Sellon-Wright.