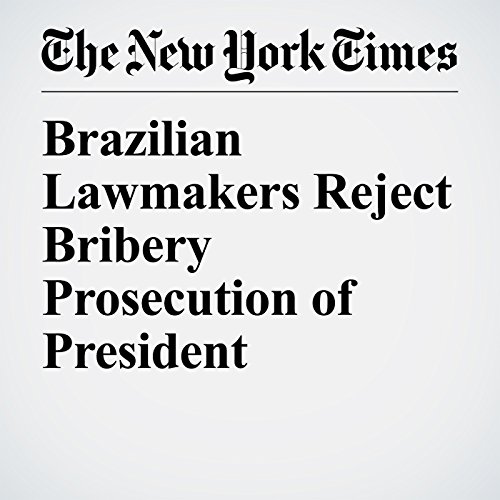 Brazilian lawmakers voted Wednesday to spare President Michel Temer from standing trial on corruption charges, choosing to keep the deeply unpopular leader in place and avoid yet another round of political turmoil.

"Brazilian Lawmakers Reject Bribery Prosecution of President" is from the August 02, 2017 World section of The New York Times. It was written by Ernesto Londoño and narrated by Caroline Miller.