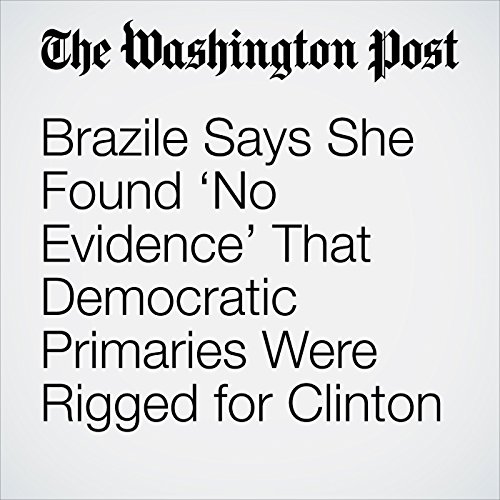 Former Democratic National Committee interim chair Donna Brazile said Sunday that despite a joint fundraising agreement between the DNC and Hillary Clinton's campaign, there was “no evidence” that the 2016 presidential primaries were rigged, while her successor, Tom Perez, said the DNC is working to earn back the trust of voters.

"Brazile Says She Found ‘No Evidence’ That Democratic Primaries Were Rigged for Clinton" is from the November 05, 2017 Politics section of The Washington Post. It was written by Philip Rucker and narrated by Sam Scholl.