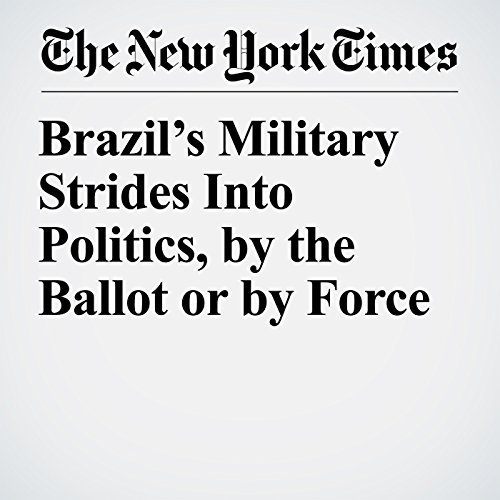 Members of Brazil’s armed forces, who have largely stayed out of political life since the end of the military dictatorship 30 years ago, are making their biggest incursion into politics in decades, with some even warning of a military intervention.

"Brazil’s Military Strides Into Politics, by the Ballot or by Force" is from the July 21, 2018 World section of The New York Times. It was written by Ernesto Londoño and Manuela Andreoni and narrated by Keith Sellon-Wright.

Cosa pensano gli ascoltatori di Brazil’s Military Strides Into Politics, by the Ballot or by Force