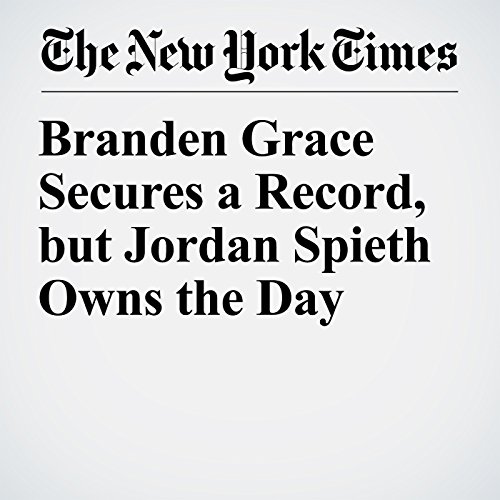 Saturday morning at the British Open belonged to Branden Grace, a South African who became the first man to shoot a 62 in a major championship. Grace’s 8-under-par score at Royal Birkdale was a sublime individual performance, but no more breathtaking than the work of the final twosome, Jordan Spieth and Matt Kuchar, who shot a combined 9-under.

"Branden Grace Secures a Record, but Jordan Spieth Owns the Day" is from the July 22, 2017 Sports section of The New York Times. It was written by Karen Crouse and narrated by Kristi Burns.