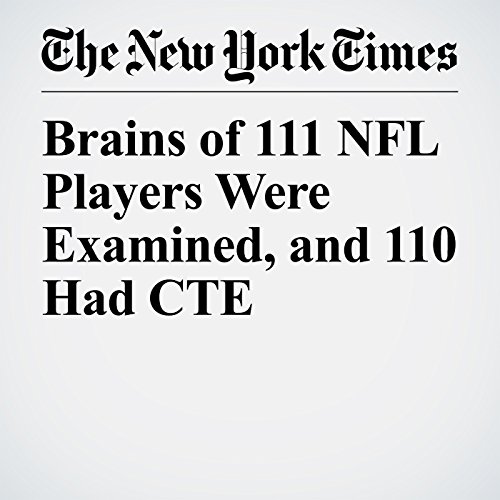 Dr. Ann McKee, a neuropathologist, has examined the brains of 202 deceased football players. A broad survey of her findings was published on Tuesday in The Journal of the American Medical Association.

"Brains of 111 NFL Players Were Examined, and 110 Had CTE" is from the July 25, 2017 Sports section of The New York Times. It was written by Joe Ward, Josh Williams and Sam Manchester and narrated by Keith Sellon-Wright.