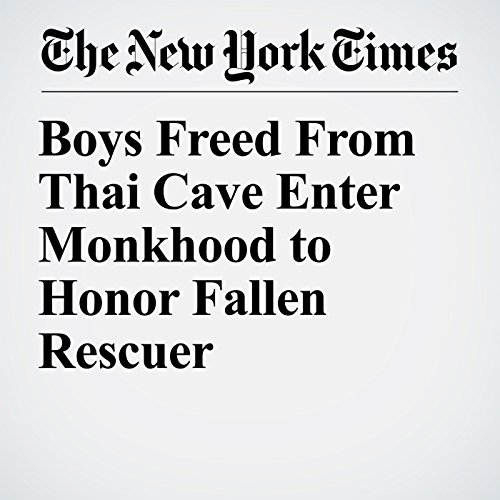 MAE SAI, Thailand — Three weeks after they emerged from a flooded cave complex, guided to safety by expert divers while their families and supporters around the world awaited word of their safety, the Thais known as the Wild Boars began a ceremony Tuesday to become novice Buddhist monks.

"Boys Freed From Thai Cave Enter Monkhood to Honor Fallen Rescuer" is from the July 24, 2018 World section of The New York Times. It was written by Ben C. Solomon and Austin Ramzy and narrated by Kristi Burns.