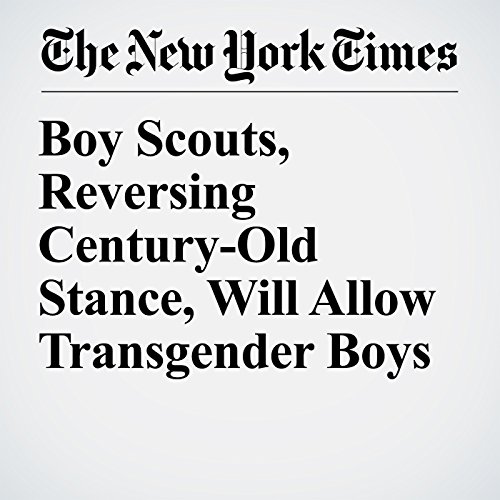 The announcement came amid a national debate over transgender rights, with cities and states across the nation struggling with whether and how to regulate gender identity in the workplace, in restrooms and at schools.

"Boy Scouts, Reversing Century-Old Stance, Will Allow Transgender Boys" is from the January 31, 2017 U.S. section of The New York Times. It was written by Niraj Chokshi and narrated by Caroline Miller.