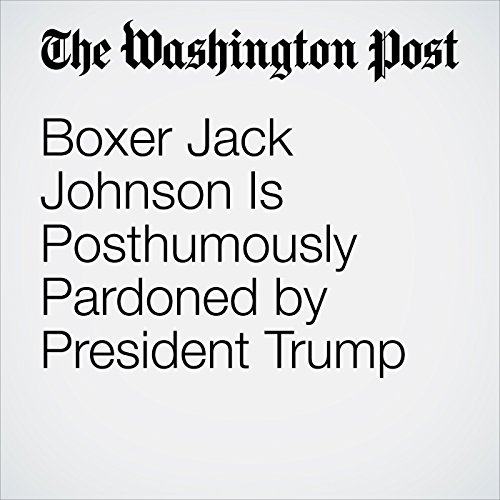 President Trump granted a posthumous pardon to boxer Jack Johnson on Thursday, wiping clean his 1913 Mann Act conviction. Johnson, the first black heavyweight champion, was convicted under federal legislation that made it illegal to cross state lines with a woman “for the purpose of prostitution or debauchery, or for any other immoral purpose.” Jim Crow-era prosecutors often used the legislation as an anti-miscegenation device.

"Boxer Jack Johnson Is Posthumously Pardoned by President Trump" is from the May 24, 2018 National section of The Washington Post. It was written by Jacob Bogage and narrated by Sam Scholl.