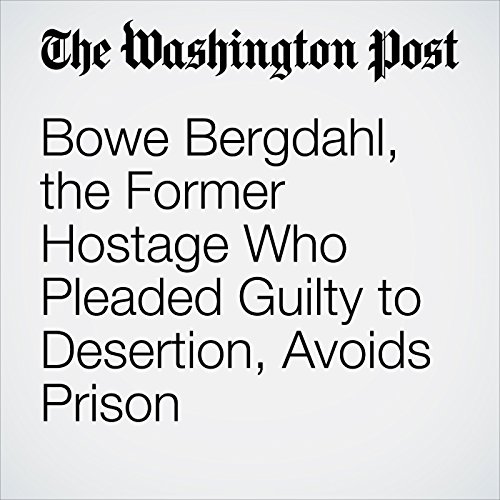 Sgt. Bowe Bergdahl, who in 2009 walked off a U.S. military outpost in eastern Afghanistan and spent the next five years in enemy captivity, was sentenced Friday to a dishonorable discharge from the Army but will avoid prison time.

"Bowe Bergdahl, the Former Hostage Who Pleaded Guilty to Desertion, Avoids Prison" is from the November 03, 2017 National section of The Washington Post. It was written by Alex Horton and narrated by Jenny Hoops.