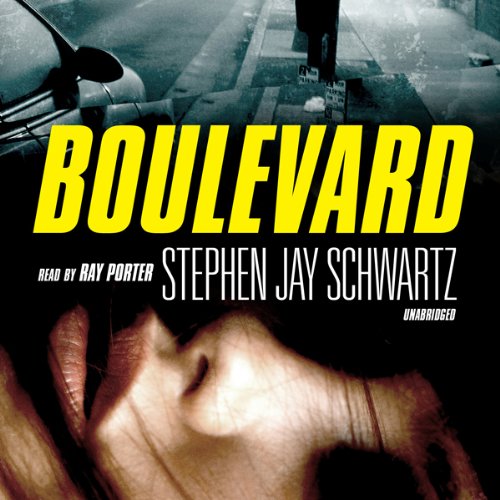 Stephen Jay Schwartz delivers an intense, nonstop thrill-ride in this shocking new novel about a Los Angeles Police Department Robbery-Homicide detective who must find a killer responsible for a series of murders that are directly related to him.

LAPD detective and former vice cop Hayden Glass is a sex addict. The addiction has ruined his marriage and continues to complicate every aspect of his life. But regular attendance in Sex Addicts Anonymous meetings has helped keep his behavior from affecting his career. That is, until he suspects that three macabre and seemingly unrelated murders are linked to his meetings and targeted directly at him. The rift between his private secrets and his duty to uphold the law plays out against an ever-shortening timetable in which to save his own life and the lives of the people he loves.

""Like James Ellroy, Hollywood film developer Schwartz can make the reader squirm, as shown in his debut...Schwartz does a fine job of blurring the lines between sexuality and violence, the criminal world and the police world." ( Publishers Weekly)

This book is a great listen. The main charater is very unique in that his struggles seem very real. I also enjoyed the authors use of sarcastic remarks from his charaters. This book really hit the spot for me. Good balance of sex, death and mystery.

I have never disliked a book more

If it had turned into a completely different book.

Would you ever listen to anything by Stephen Jay Schwartz again?

The performance was great. The only good thing about this book.

Throughout this entire book I just kept hoping the main character would die. What an absolutely despicable, selfish, entitled, rude man. Everything that he did was only to benefit himself. People got hurt, people died, all because he was a selfish a-hole.

I generally like main characters that are flawed. But this character went so far beyond flawed it was downright obnoxious. And he was flawed in such an unrealistic way that, as a reader, I just felt angry and insulted. If you're going to have a flawed character you should at least give him enough redeemable qualities (or even just ONE redeemable quality) that the reader can overlook, or maybe even empathize, with his flaws. Not this guy. I found myself rooting for the killer.

And don't even get me started on the female characters!! It's terribly frustrating to have seemingly intelligent, strong and successful female characters behave in the most unintelligent, weak, and plain 'ole stupid ways. Kennedy was an accomplished crime investigator for cripes sakes! And she falls into a "thing" with this rude, sexist, selfish, sex-addicted, lying detective? And why was everyone else kissing this guy's hiney too? His captain, the forensic guy, his partners... EVERYONE just let Hayden push them around and then bent over backwards to help him even after he was a complete shmuck to them! smh. Sorry, but this one baffled me. I just did not sympathize or care about this character in any way. ****SPOILER ALERT**** I only kept listening to the end because I was hoping he was the killer. Hayden was just so dreadful that I thought, my goodness, he MUST be the killer!

What made the experience of listening to Boulevard the most enjoyable?

Gripping story that was hard to stop listening too. I looked forward to my commutes to get back into the book. Highly recommended.

Ray Porter again delivered an awesome experience. It's more of the story being told to you than read to you. Perfect inflection, accents. Each character has a unique voice. Even the women sound like women.

Creeped me the bleep out

Okay - I wasn't ready for this book.

I wanted to sympathize for this character; I can't. I wanted to look past his anger and addiction; I can't. Everything about Hayden scares me. So much to the point of where I didn't want to listen anymore. But I had too. My eyes were so wide. I just couldn't believe it.

This was a dark novel, with a dark "hero", a malicious killer and a suprisingly horrific end. I'm not discussed by it at all nor do I think that Schwartz isn't a good writer. My level of discomfort proves his prowsee. I don't think I was supposed to come away feeling good. If the goal was to hit bottom with Hayden, then I did. I felt his pain and the pain of those around him.

But what happened to him. The killer. To Kennedy. The truth about Hayden's link to the dead case... good lord. I wasn't expecting that. I had Scooter pegged for the killer. But geez. Wow... wow.

I feel gritty and dirty and sad. Part of that has to do with Ray Porter's excellent narration. When Hayden broke down in group with Kennedy I was brought to tears. It's just. damn.

Would recommend to a somewhat liberal friend as there are some intense sexual scenes. The protagonist cop struggles with his addiction and keeps "falling off the wagon."

The get-back-up and try again persistence of the oversexed cop.

Just about everything. His voice and tone are well-matched throughout.

Yes, but it was too lengthy.

The book may have been better cut down about two hours. However, it's addicting, as the reader, and quite interesting how a "sex addict" handles himself. I was totally unfamiliar with the "suffering" as well as the "benefits" of a sex addiction.

Would you consider the audio edition of Boulevard to be better than the print version?

Started a bit slow but twisted and turned to its climax. Some interesting characters especially the main one.

Was looking forward to listening to this book but actually found it a bit of a chore. Don't get me wrong - I like a book with a flawed hero, and I like books that explores the character of the protagonist, but the author spends far too much of the book concentrating on character and nowhere near enough on plot. I also found that a couple of the plot developments did not ring true. I will say that it is extremely well read, however.

Not for the faint hearted!

I enjoyed this racey book, but for many it may be too strong! The "hero" is a sex addict and it has to be said whilst a thriller, the book would not be out of place in the "Erotica" category. If it were a film it would be a definite 18, not just for the sexual content, but for the descriptions of some very violent and sadistic murder scenes. The journey with the "hero" resembles a nightmare, for whatever he does, the killer seems one step ahead, and you know that in spite of it's setting, Hollywood, the ending will not traditionally reflect it's setting. I kept trying to anticipate the final twist but didn't get it in spite of the clues, although I think the author deliberately misleads readers/listeners at one point; but hell that's authors for you! Well read with good characterisations, if you like your thrillers strong; I think you will enjoy it.