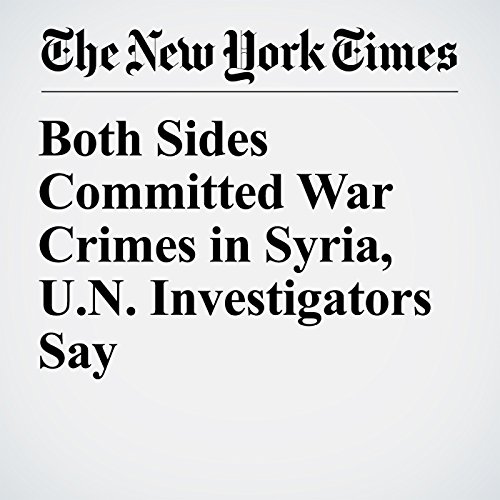 The Syrian air force deliberately bombed a United Nations humanitarian aid convoy in September in what appeared to be a “meticulously planned” attack that amounted to a war crime, U.N. investigators said Wednesday in a report detailing a range of war crimes committed by forces on both sides of the conflict.