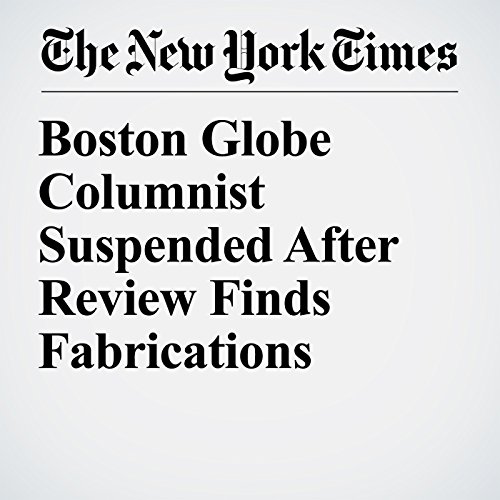 The Boston Globe suspended its columnist Kevin Cullen for three months without pay Friday after a review found fabricated details and inconsistencies in comments he made in radio interviews and at public appearances about the Boston Marathon bombings.

"Boston Globe Columnist Suspended After Review Finds Fabrications" is from the June 16, 2018 U.S. section of The New York Times. It was written by Jeffery C. Mays and narrated by Fleet Cooper.