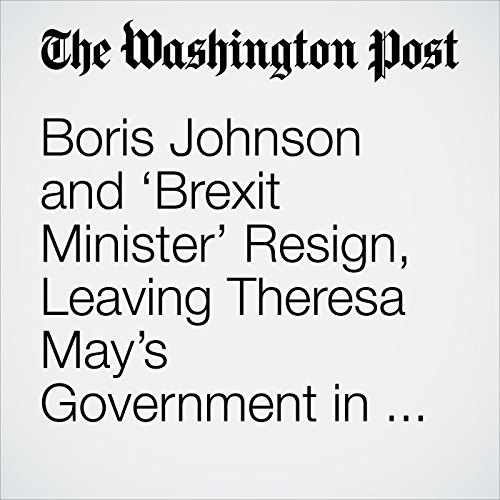 Prime Minister Theresa May struggled Monday to keep her government from imploding after the resignations of Foreign Secretary Boris Johnson, a tousle-haired frontman for the campaign for Britain to leave the European Union, and David Davis, her once-loyal “Brexit minister” in charge of negotiating the country’s divorce.

"Boris Johnson and ‘Brexit Minister’ Resign, Leaving Theresa May’s Government in Disarray" is from the July 09, 2018 World section of The Washington Post. It was written by William Booth and Karla Adam and narrated by Sam Scholl.