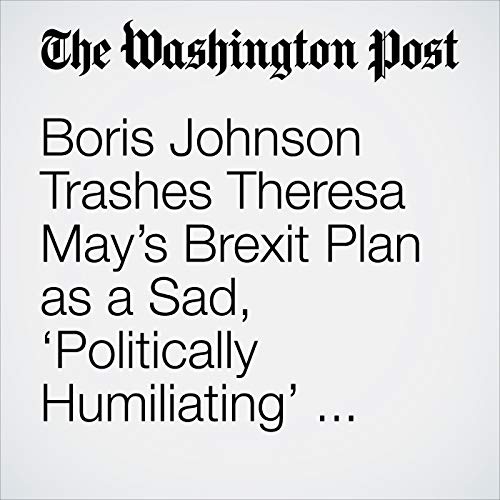 "Boris Johnson Trashes Theresa May’s Brexit Plan as a Sad, ‘Politically Humiliating’ Cheat at Party Confab" is from the October 02, 2018 World section of The Washington Post. It was written by William Booth and narrated by Sam Scholl.