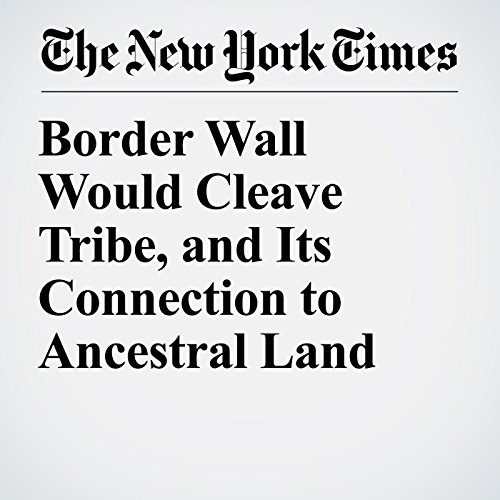 The phone calls started almost as soon as President Donald Trump signed his executive order, making official his pledge to build a wall to separate the United States from Mexico.

"Border Wall Would Cleave Tribe, and Its Connection to Ancestral Land" is from the February 20, 2017 U.S. section of The New York Times. It was written by Fernanda Santos and narrated by Fleet Cooper.