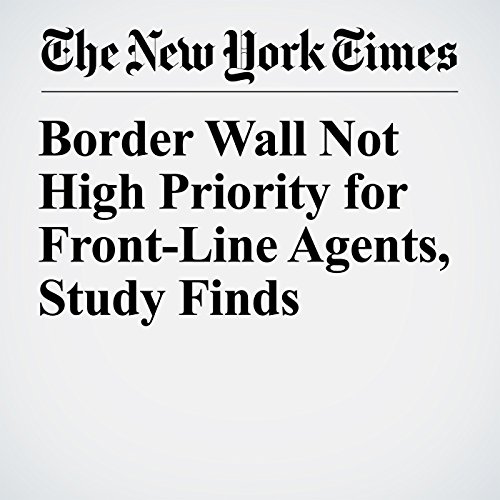 President Donald Trump has called for a wall along the border with Mexico to stop immigrants and drugs from entering the United States. But Border Patrol agents on the front lines say they need more technology and additional personnel to curb the illegal traffic, according to a report released Thursday by Democrats on the Senate Homeland Security Committee.

"Border Wall Not High Priority for Front-Line Agents, Study Finds" is from the March 22, 2018 U.S. section of The New York Times. It was written by Ron Nixon and narrated by Kristi Burns.