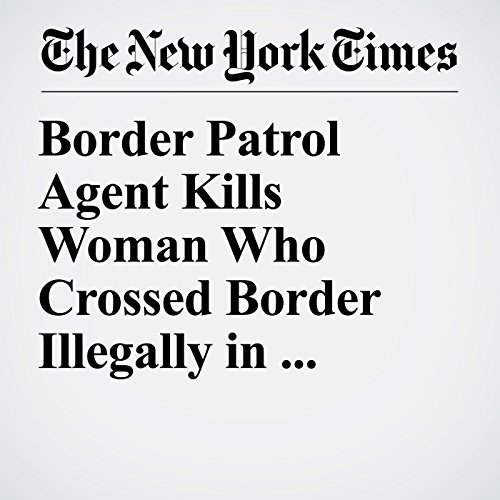 A Border Patrol agent shot and killed a woman who had crossed the border illegally near Laredo, Texas, on Wednesday after the officer came under attack, federal authorities said.

"Border Patrol Agent Kills Woman Who Crossed Border Illegally in Texas, Authorities Say" is from the May 24, 2018 U.S. section of The New York Times. It was written by Matthew Haag and narrated by Keith Sellon-Wright.