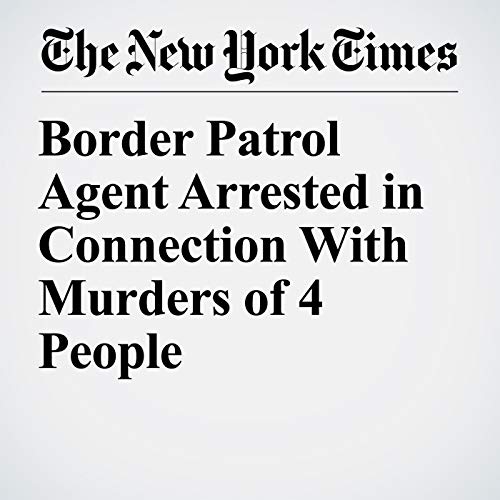 Border Patrol Agent Arrested in Connection With Murders of 4 People

ALBUQUERQUE, N.M. — A U.S. Border Patrol agent was arrested in South Texas on Saturday in connection with a calculated killing rampage that left four people dead in recent weeks around the city of Laredo, the authorities said.

"Border Patrol Agent Arrested in Connection With Murders of 4 People" is from the September 15, 2018 U.S. section of The New York Times. It was written by Simon Romero and Manny Fernandez and narrated by Keith Sellon-Wright.