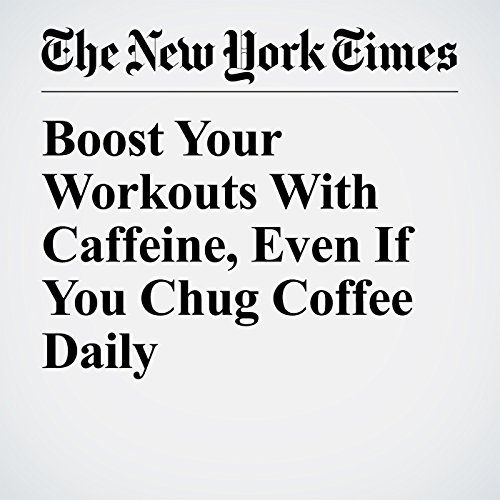 Caffeine improves athletic performance. This is a truth almost universally acknowledged in exercise science.But scientists, coaches and athletes also have thought that to gain any performance boost from taking caffeine before an event, an athlete had to abstain from the stuff for days or weeks before a big event.

"Boost Your Workouts With Caffeine, Even If You Chug Coffee Daily" is from the June 05, 2017 Science section of The New York Times. It was written by Gretchen Reynolds and narrated by Kristi Burns .

Cosa pensano gli ascoltatori di Boost Your Workouts With Caffeine, Even If You Chug Coffee Daily