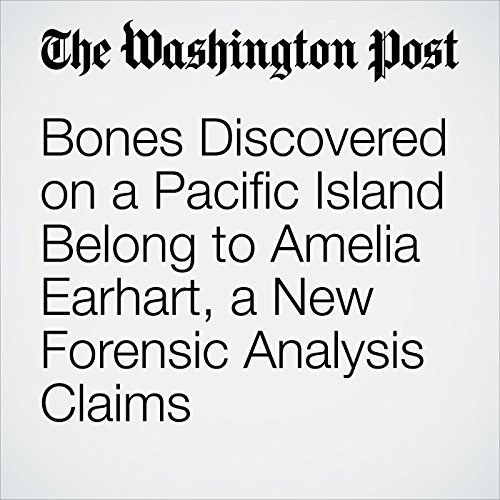 Amelia Earhart’s story is revolutionary: She was the first woman to fly alone across the Atlantic Ocean, and might have been the first to fly around the world had her plane not vanished over the Pacific Ocean in 1937.

"Bones Discovered on a Pacific Island Belong to Amelia Earhart, a New Forensic Analysis Claims" is from the March 07, 2018 National section of The Washington Post. It was written by Marwa Eltagouri and narrated by Sam Scholl.