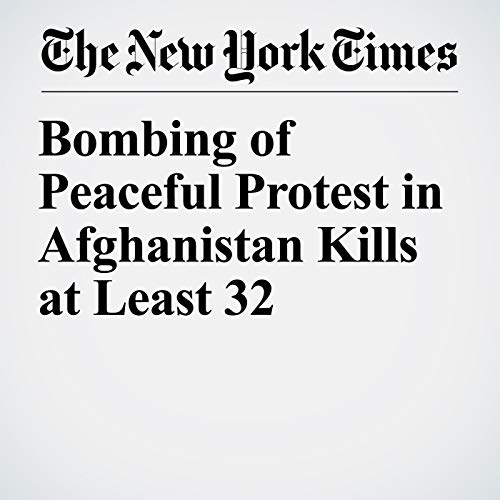 JALALABAD, Afghanistan — Extremists in eastern Afghanistan bombed a peaceful protest Tuesday, killing at least 32 people, officials said, the deadliest in a series of attacks in Nangarhar province over the day.

"Bombing of Peaceful Protest in Afghanistan Kills at Least 32" is from the September 11, 2018 World section of The New York Times. It was written by Zabihullah Ghazi and Fahim Abed and narrated by Kristi Burns.