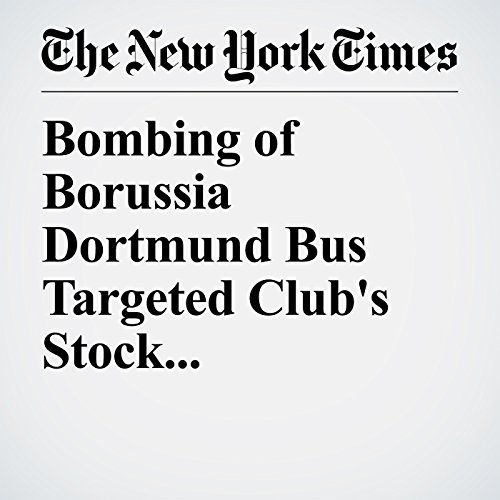 Germany’s elite antiterrorism unit has arrested a 28-year-old German-Russian man who is suspected of trying to blow up the Borussia Dortmund team bus, with the apparent aim of driving down the price of the club’s stock so he could profit through a speculation scheme, federal prosecutors said Friday.

"Bombing of Borussia Dortmund Bus Targeted Club's Stock, Prosecutors Say" is from the April 21, 2017 World section of The New York Times. It was written by Melissa Eddy and narrated by Mike DelGaudio.