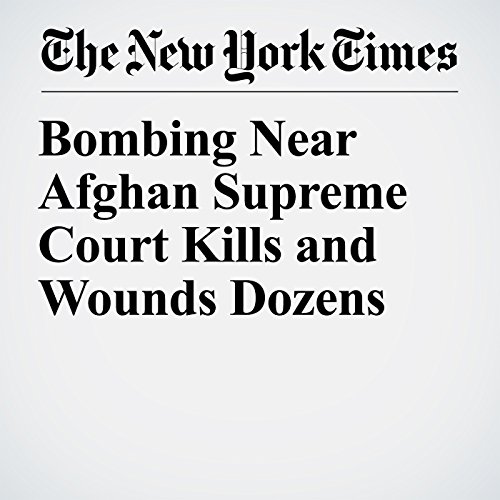 A suicide bombing near the offices of the Afghan Supreme Court in central Kabul during the evening rush hour Tuesday killed more than a dozen people and wounded many more, officials said.

"Bombing Near Afghan Supreme Court Kills and Wounds Dozens" is from the February 07, 2017 World section of The New York Times. It was written by Mujib Mashal and Fahim Abed and narrated by Barbara Benjamin-Creel.