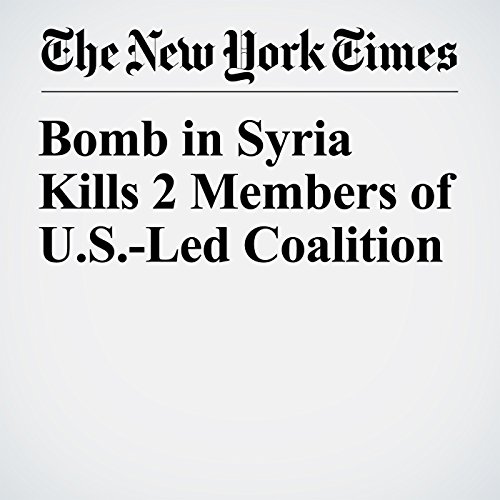 Two members of the U.S.-led coalition fighting in Syria were killed and five others wounded by a bomb in a late-night attack, the military said Friday.