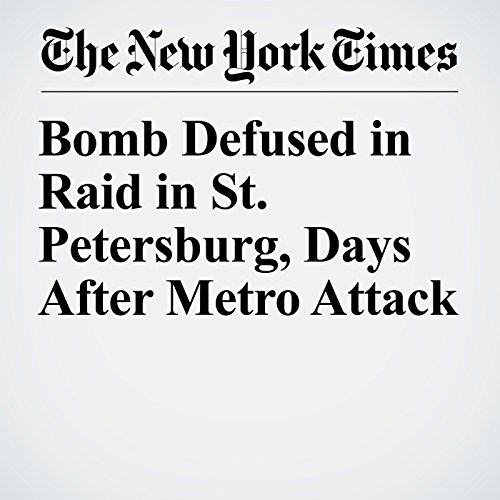 Russian security services reportedly disarmed an explosive device and detained three people in the apartment building where it was found on the outskirts of St. Petersburg on Thursday, three days after a suicide attack on a metro train killed 13.

"Bomb Defused in Raid in St. Petersburg, Days After Metro Attack" is from the April 06, 2017 World section of The New York Times. It was written by Ivan Nechepurenko and narrated by Fleet Cooper.