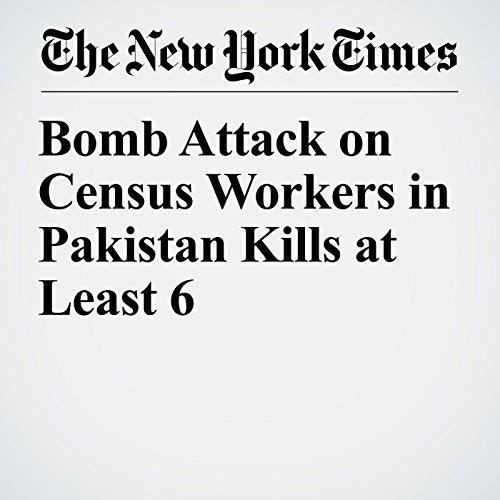 Bomb Attack on Census Workers in Pakistan Kills at Least 6

At least six people were killed Wednesday in an explosion in eastern Pakistan that targeted a team conducting the country’s first national census in nearly two decades, officials said.

"Bomb Attack on Census Workers in Pakistan Kills at Least 6" is from the April 05, 2017 World section of The New York Times. It was written by Daniyal Hassan and narrated by Keith Sellon-Wright.