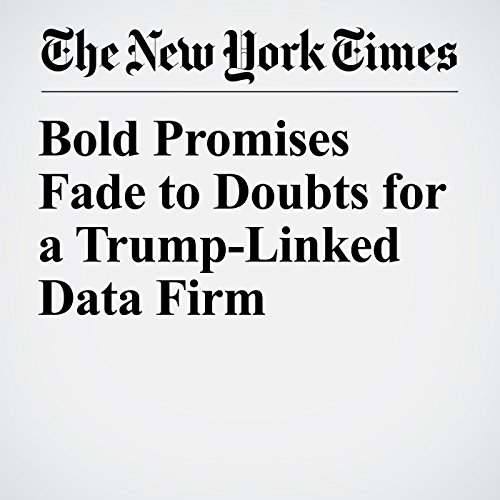 Many companies compete in the market for political microtargeting, using huge data sets and sophisticated software to identify and persuade voters. But Nix’s little-known firm, Cambridge Analytica, claimed to have developed something unique: “psychographic” profiles that could predict the personality and hidden political leanings of every American adult.

"Bold Promises Fade to Doubts for a Trump-Linked Data Firm""is from the March 05, 2017 U.S. section of The New York Times. It was written by Nicholas Confessore and Danny Hakim and narrated by Caroline Miller.