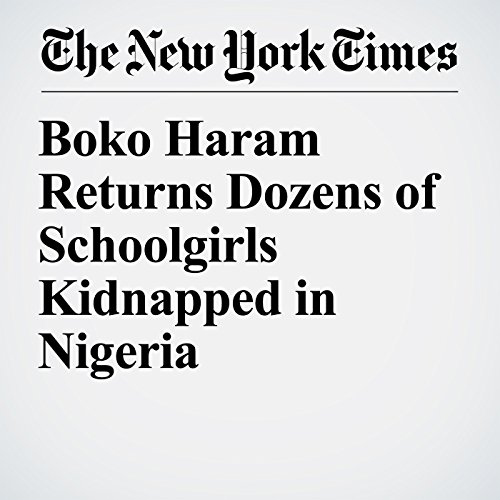 DAKAR, Senegal — Dozens of schoolgirls from the northern Nigerian community of Dapchi were returned early Wednesday morning, dropped off by the same Boko Haram militants who kidnapped them more than a month ago.

"Boko Haram Returns Dozens of Schoolgirls Kidnapped in Nigeria" is from the March 21, 2018 World section of The New York Times. It was written by Dionne Searcey and Emmanuel Akinwotu and narrated by Keith Sellon-Wright.