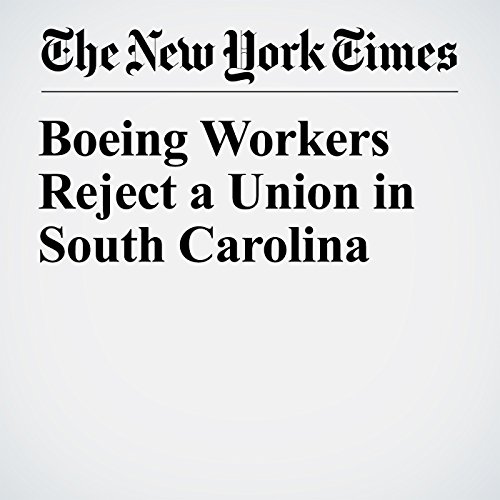 Union organizers fell short Wednesday in a bid to enlist workers at Boeing’s South Carolina facilities in what was widely viewed as an early test of labor’s strength in the Trump era.

"Boeing Workers Reject a Union in South Carolina" is from the February 15, 2017 Business section of The New York Times. It was written by Noam Scheiber and narrated by Keith Sellon-Wright.