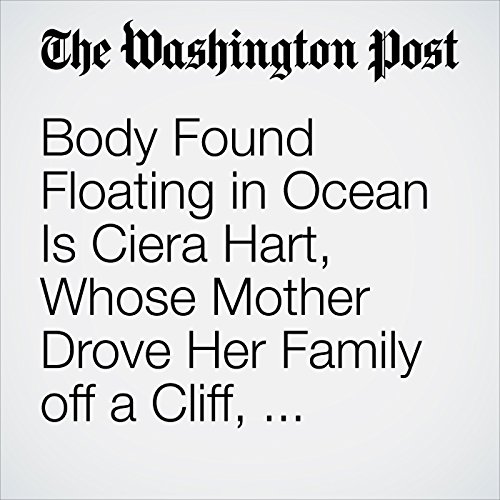 A body recently found floating near a Northern California cliff where a family’s SUV plunged 100 feet into the ocean has been identified as 12-year-old Ciera Hart, authorities said Tuesday.

"Body Found Floating in Ocean Is Ciera Hart, Whose Mother Drove Her Family off a Cliff, Officials Say" is from the April 17, 2018 National section of The Washington Post. It was written by Marwa Eltagouri and narrated by Sam Scholl.