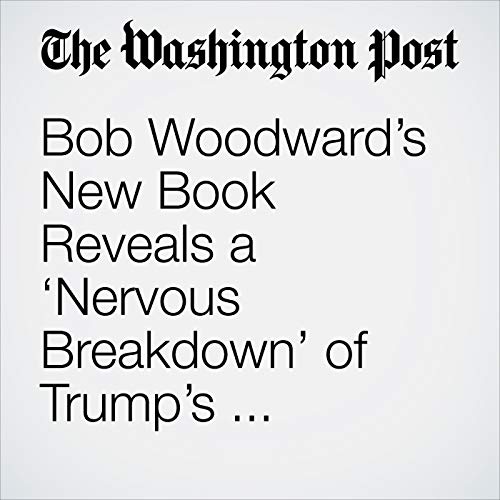 John Dowd was convinced that President Trump would commit perjury if he talked to special counsel Robert S. Mueller III. So, on Jan. 27, the president’s then-personal attorney staged a practice session to try to make his point.

"Bob Woodward’s New Book Reveals a ‘Nervous Breakdown’ of Trump’s Presidency" is from the September 04, 2018 Politics section of The Washington Post. It was written by Philip Rucker and Robert Costa and narrated by Sam Scholl.