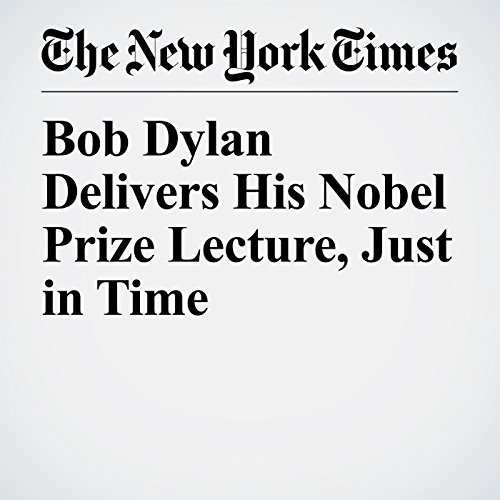 After Bob Dylan was named the winner of the Nobel Prize in literature last October, the literary commentariat wrestled with a fundamental question: Can song lyrics be literature? For some, the thought carried an unkind implication: Does something from the galaxy of pop music belong anywhere near the almighty pantheon of Great Lit?

"Bob Dylan Delivers His Nobel Prize Lecture, Just in Time" is from The New York Times, published on June 5, 2017.