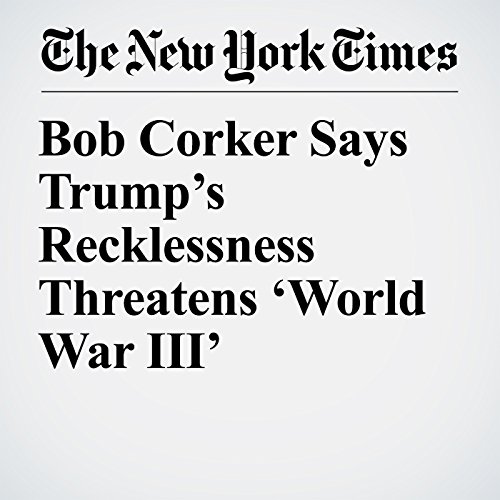 Sen. Bob Corker, the Republican chairman of the Senate Foreign Relations Committee, charged in an interview on Sunday that President Donald Trump was treating his office like “a reality show,” with reckless threats toward other countries that could set the nation “on the path to World War III.”

"Bob Corker Says Trump’s Recklessness Threatens ‘World War III’" is from the October 08, 2017 U.S. section of The New York Times. It was written by Jonathan Martin and Mark Landler and narrated by Keith Sellon-Wright.