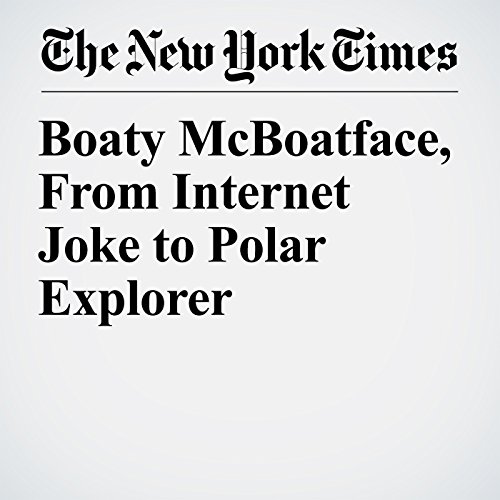 Boaty McBoatface is back, but this time it’s serious. The high-tech remote-operated yellow submarine, bearing a name that began as a joke, will begin its first mission this week through a deep current that starts in Antarctica and goes through the Southern Ocean.

"Boaty McBoatface, From Internet Joke to Polar Explorer" is from the March 13, 2017 U.S. section of The New York Times. It was written by Hannah Olivennes and narrated by Fleet Cooper.