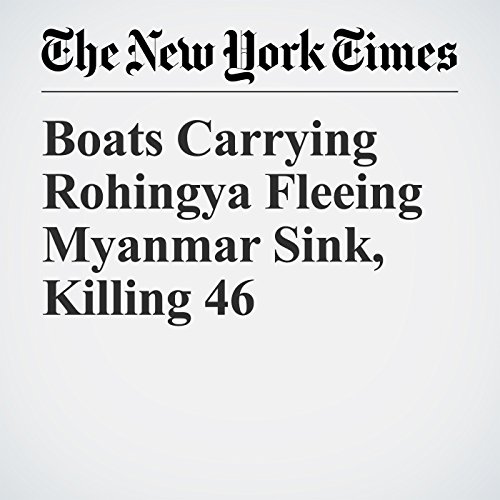 At least 46 people believed to be Rohingya fleeing violence in western Myanmar have been found dead on the banks of a river along the boundary with Bangladesh, Bangladeshi officials said Friday.

"Boats Carrying Rohingya Fleeing Myanmar Sink, Killing 46" is from the September 01, 2017 World section of The New York Times. It was written by Austin Ramzy and narrated by Mike DelGaudio.