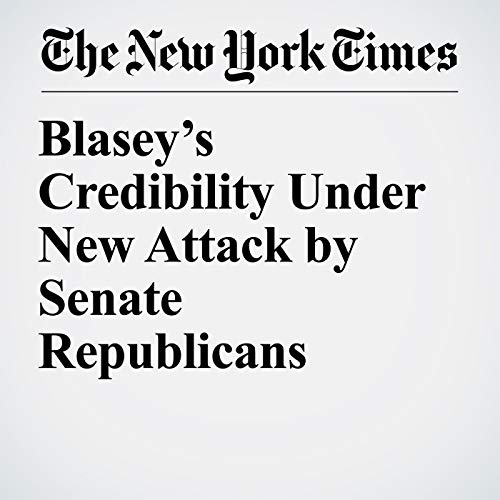 Senate Republicans are stepping up efforts to challenge Christine Blasey Ford’s credibility by confronting her with a sworn statement from a former boyfriend who took issue with a number of assertions she made during testimony before the Judiciary Committee last week.

"Blasey’s Credibility Under New Attack by Senate Republicans" is from the October 03, 2018 U.S. section of The New York Times. It was written by Peter Baker and narrated by Keith Sellon-Wright.