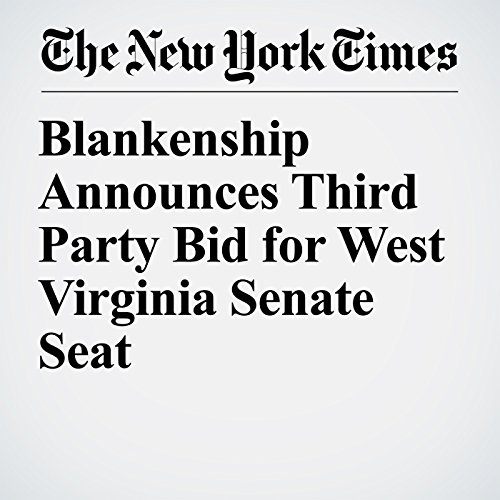 Don Blankenship, the ex-convict coal baron who lost his bid for the Republican Senate nomination in West Virginia earlier this month, said Monday that he would run as a third-party candidate — potentially offering a huge break to Senate Democrats.

"Blankenship Announces Third Party Bid for West Virginia Senate Seat" is from the May 21, 2018 U.S. section of The New York Times. It was written by Nicholas Fandos and narrated by Keith Sellon-Wright.