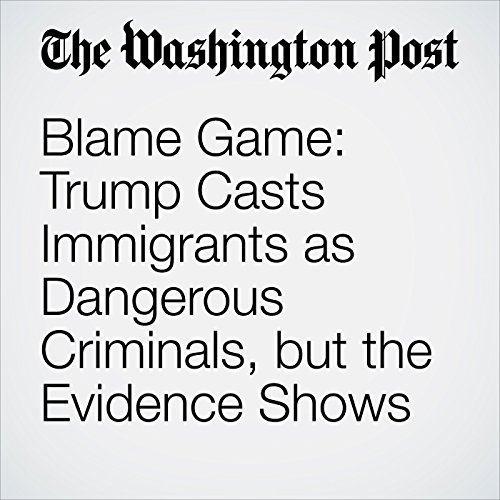 Advocates decry what they say is an administration tactic to highlight violent crimes by unauthorized immigrants as political cover to boost deportations.

"Blame Game: Trump Casts Immigrants as Dangerous Criminals, but the Evidence Shows Otherwise" is from the March 24, 2017 Politics section of The Washington Post. It was written by David Nakamura and narrated by Jenny Hoops.