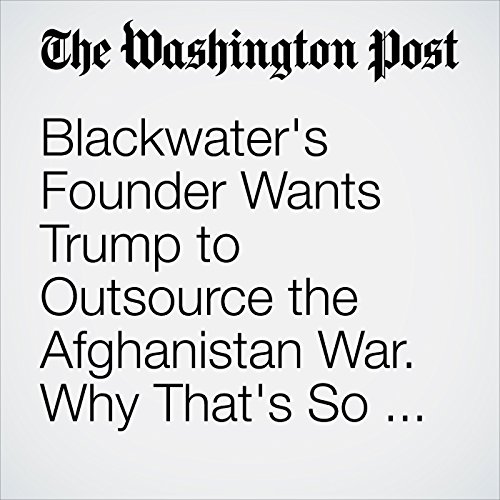 One of the Iraq War’s most explosive criminal cases forced an uncomfortable debate about America’s reliance on private security firms in times of conflict. A decade later, that case is back in the spotlight as senior White House officials look to the founder of one such organization, Blackwater’s Erik Prince, for help extricating the U.S. military from its morass in Afghanistan.

"Blackwater's Founder Wants Trump to Outsource the Afghanistan War. Why That's So Risky." is from the August 10, 2017 Innovations section of The Washington Post. It was written by Andrew deGrandpre and narrated by Sam Scholl.