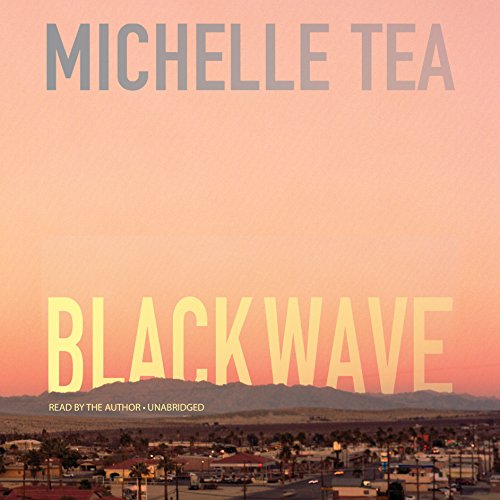 Desperate to quell her addiction to drugs, disastrous romance, and '90s San Francisco, Michelle heads south for LA. But soon it's officially announced that the world will end in one year, and life in the sprawling metropolis becomes increasingly weird.

While living in an abandoned bookstore, dating Matt Dillon, and keeping an eye on the encroaching apocalypse, Michelle begins a new novel, a sprawling and metatextual exploration to complement her promises of maturity and responsibility. But as she tries to make queer love and art without succumbing to self-destructive vice, the boundaries between storytelling and everyday living begin to blur, and Michelle wonders how much she'll have to compromise her artistic process if she's going to properly ride out doomsday.

I read this because I liked Valencia, and there are enough redeeming elements to this story to render it fairly interesting, funny, and occasionally thought-provoking, especially its metafictional components. However, Tea's performance while reading is incredibly distracting because she pauses so frequently and at unnecessary moments throughout every sentence, causing her to sound unbearably choppy. I could only finish it by speeding up the recording. It needs to be re-recorded by a professional narrator.

story had high points and low points for me. prefered the latter half. narration was a little stilted at times, and I may have enjoyed it more as print. overall, I was entertained. thank you.

I resisted, but it's kind of genius

I really found the novel challenging at times, but challenging is not a bad thing in art. It isn't a feel-good tale. Mostly, I didn't much like the protagonist, who I couldn't help but think of as the author's alter ego. And yet, the descriptions are truly marvelous, and the narrative twists kept me engaged.

I got from this book that most precious outcome - an experience, and for that I am grateful.

As others have mentioned in review, the author's narration is too slow. I sped it up to x1. 35 and then found it enjoyable. Not smooth and professional, but raw, just like the main character. It was a very good fit.

It's not often I can say this...but this has no redeeming qualities whatsoever. I tried to listen to it, but it wasn't just a he narration that was bad, but the story as well. I ended up skipping through it to see if there was any point where it started getting better. There wasn't.

I wanted to like this book, but the author’s delivery was so stiff and robotic, it actively took me out of the story. Should’ve had someone else read it.

A roller coaster of emotions

I stopped listening to this book a couple of times because I thought it was too heavy, but then I began to appreciate the weight of it and the view of the world through the eyes of someone that only lived for themselves for most of it. I liked the way she hit rock bottom and the rawness of her story, as she then had to put the work in to help herself grow. The author as the narrator had some room for improvement as sometimes I felt like I was at a poetry reading, or that she at times had a bit of a robotic sound by the way she read it.

I really enjoyed the book but I will echo the other reviewers and say that the author’s performance was unfortunately VERY stilted to the point of distraction and I ended up listening to it on 1.7 speed just to try to avoid it.

When I first read (listened to) BW I wasn't sure about it, but on re-visiting it I'm absolutely converted. I disliked Tea's narration at first, but it grew on me after a while, and eventually seemed to fit well with the form and plot of the story. The novel itself is about lesbians, the apocalypse, love, sex, drugs, death, books, and the West Coast; I love it, but if you're not into lots of drugs and sex you might not. Also if you're not interested in experimental fiction -- the form unspools as the novel goes on, author Michelle separating from fictional Michelle in interesting and compelling ways, but maybe not for everyone. But for me it's a gorgeous and powerful novel about love and identity at the end of the world, and I would recommend this reading of it if you have the time to get lost in it and let Tea's voice wash over you.

what a journey! I don't know what took me so long to get to it