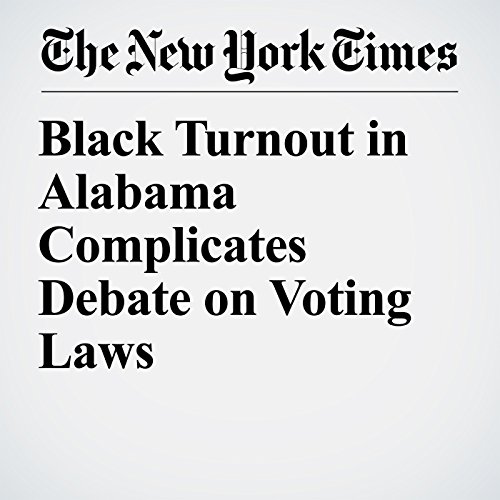 Even before a defiant Roy Moore stood at a lectern this month and refused to concede the Alabama Senate race, one political reality was clear: An extraordinary turnout among black voters had helped push Doug Jones to a rare Democratic victory in this state.

"Black Turnout in Alabama Complicates Debate on Voting Laws" is from the December 24, 2017 U.S. section of The New York Times. It was written by Alan Blinder and Michael Wines and narrated by Keith Sellon-Wright.