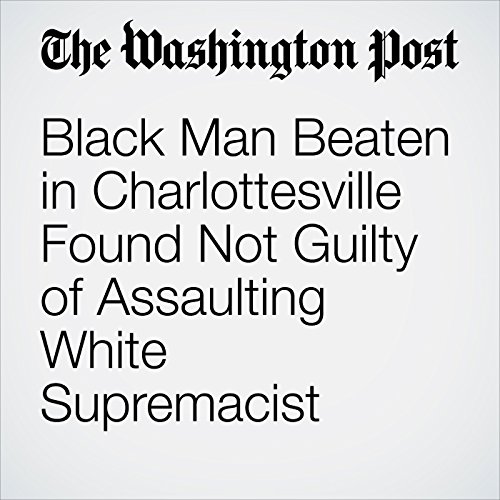 A black man brutally beaten at last year’s white supremacist “Unite the Right” rally in Charlottesville — and who was later charged with assaulting a white nationalist — was acquitted Friday.

"Black Man Beaten in Charlottesville Found Not Guilty of Assaulting White Supremacist" is from the March 16, 2018 Local section of The Washington Post. It was written by Ian Shapira and narrated by Jenny Hoops.