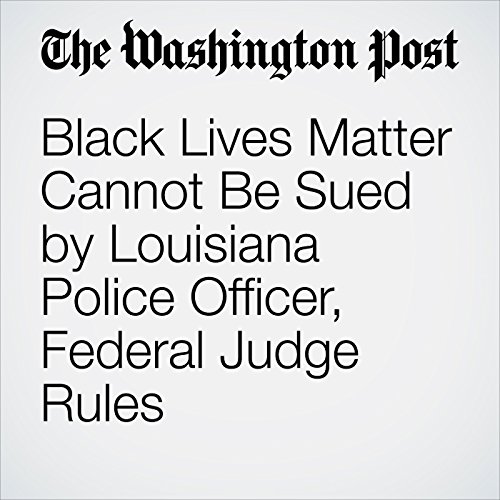 A federal judge ruled Thursday that Black Lives Matter was not an organization but a social movement akin to the tea party or the civil rights movement, and cannot be sued by a Louisiana police officer who was injured at a protest against police brutality last year.

"Black Lives Matter Cannot Be Sued by Louisiana Police Officer, Federal Judge Rules" is from the September 29, 2017 National section of The Washington Post. It was written by Derek Hawkins and narrated by Jenny Hoops.