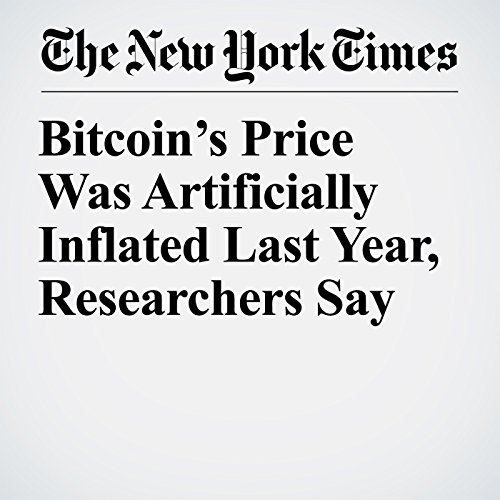 SAN FRANCISCO — A concentrated campaign of price manipulation may have accounted for at least half of the increase in the price of bitcoin and other big cryptocurrencies last year, according to a paper released on Wednesday by an academic with a history of spotting fraud in financial markets.

"Bitcoin’s Price Was Artificially Inflated Last Year, Researchers Say" is from the June 13, 2018 U.S. section of The New York Times. It was written by Nathaniel Popper and narrated by Keith Sellon-Wright.